Somebody shout “Hallelujah!” bellows from the pulpit as the Pastor’s mellifluous voice engages the 600 strong congregation and, without hesitation, they shout back with a loud Hallelujah.  This scenario is replicated every Sunday in wall-to-wall filled churches across the UK, and other European cities. Before I go any further, I would have to give you a little bit of background about myself and this might put things in perspective.  I come from a family that never went to church apart from my brother, who gave his life to Christ quite early in the ’80s.   My mother on the other hand followed suit in the early ’90s while My father just like me was forced at gun(peace) point.  Moving swiftly along, I am a Christian just as the majority of us and I walk in the light of our Lord Jesus Christ.

Somebody shout “Hallelujah!” bellows from the pulpit as the Pastor’s mellifluous voice engages the 600 strong congregation and, without hesitation, they shout back with a loud Hallelujah.

The need to keep the body, mind and soul requires us to use the gym for physical exercise and study for the acquisition of knowledge. We also need a place to guide and purpose our spiritual realm. This means the church plays a pivotal role in our community helping us individually and collectively to empower us spiritually. Over the years I have observed the upspring of churches but in the same timescale, there has not been any significant growth in medium scale businesses needed to get our community out of poverty. This has made me quite worried with concern that we have shown the capability to setup up large churches in every nook and cranny while a majority of the congregation find themselves stuck as blue-collar workers, living below the national average yet pray for prosperity.

A leap back in time.

Back in the days in Africa, the European churches didn’t just introduce Christianity but founded many schools and training centres in order to empower the people and society. Moving forward many decades, with place and time in the UK and millennium respectively. The churches are not empowering the congregation let alone the communities they reside in.

Moving forward and getting to the point. The Church should not be a business venture and I don’t expect them to. However, I have picked on the church because it is the only collective venture that we as Africans have set up in the UK and Europe that has made any significance or changing the European lansacpe.

There is a dire need for the African community to start Medium to large scale ventures employing both African and other ethnic groups.

We can pretend for all we like or bury our head in the sand but be rest assured, we would not pray ourselves out of poverty while neglecting collective wealth creation.  Just as we have been able to set up churches in every community in Europe yet buy our groceries from the Indian and Pakistanis.  We would always have to rush to church to help safe us from financial insecurity, leaving the next generation holding on to a slippery baton. The African diaspora has to think inwards and start to correct the narrative, we can’t ignore or tradeoff our the collective pertinence to wealth creation. It only makes us white-collar service providers vulnerable to being hired and fired based on the economies we live in,   instead of being captain of industry.

In conclusion, my chagrin is not with the Church but rather the community that fails to use the same collaboration to empower itself and generations to come. The unfortunate prismed reality is that most of us can only wish to go back to the motherland but the truth is we are stuck her for good. We might as well start thinking large. 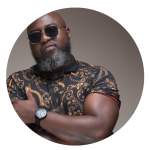